Most of the small mixing plants are modular splicing design and are mainly used by large commercial concrete manufacturers or related concrete component manufacturers. They are usually used in large scale construction projects and have high production capacity and stability against disturbances. Mobile batching plant adopts traction device to pull, with good maneuverability and more flexible production. It is generally used in various small and medium-sized temporary construction projects.

On the other hand, cumulative weighing is adding all aggregates to a uniform hopper. It is error-prone, which is not good for final production, and the more batch bins there are. In addition, the more batch bins there are, the higher the possibility of deviation. Therefore, this method is not suitable for large projects. However, it has a simple structural design and low cost.

Dosing plants are also designed for specific locations and environments. They include ;

Meanwhile, the following systems are concentrated on the trailer unit, including material storage, weighing, transportation, mixing, unloading system and automatic control system. Moreover, the mobile concrete mixing plant not only has the functions of concrete mixing plant, but also has the advantages of easy movement and flexible assembly and disassembly. 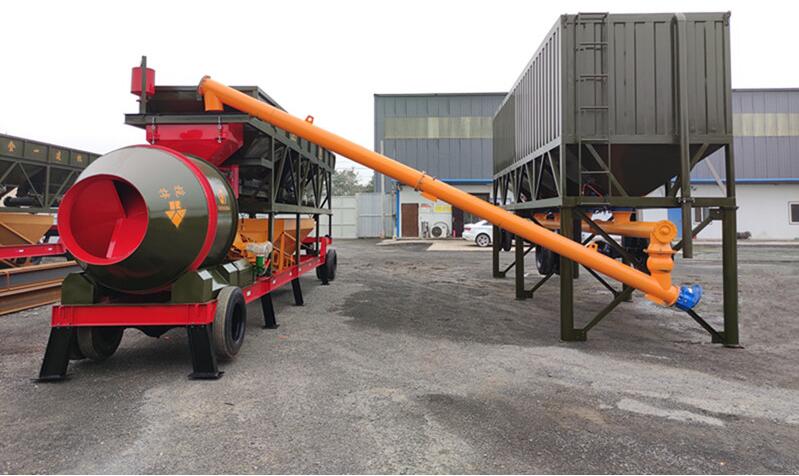 Stationary concrete mixing plant is easy to install. It is used for projects with long construction period and large demand of concrete. In addition, it is suitable for various complex terrain structures.

Next: Crushing Equipment: A Key Contributor to Sustainable Construction