According to a large amount of data and practice, pumping pipe clogging is the most common problem in concrete pumping for super high-rise structures.

The main reason of pumping pipe blockage is the poor pumping ability and working performance of concrete mixes, and the ratio and materials do not meet the construction requirements. Specific performance is as follows.

1, whether the strength level of high-fluidity concrete meets the design strength.

3、When the fluidity of concrete is too large, its ability to resist segregation and water secretion will be reduced. Under the action of pump pressure, the segregation of concrete will cause the separation of aggregate and mortar, and in the case of mortar without lubrication, the coarse aggregate will increase friction with the pump in direct contact with the pipe, causing the pipe to be blocked.

4, ready-mixed concrete from the mixing plant to the construction site takes a certain amount of time, which will reduce the workability of the concrete and make the pumpability worse. This is manifested by the decrease in expansion value and slump value, which eventually leads to the clogging of the pump pipe. 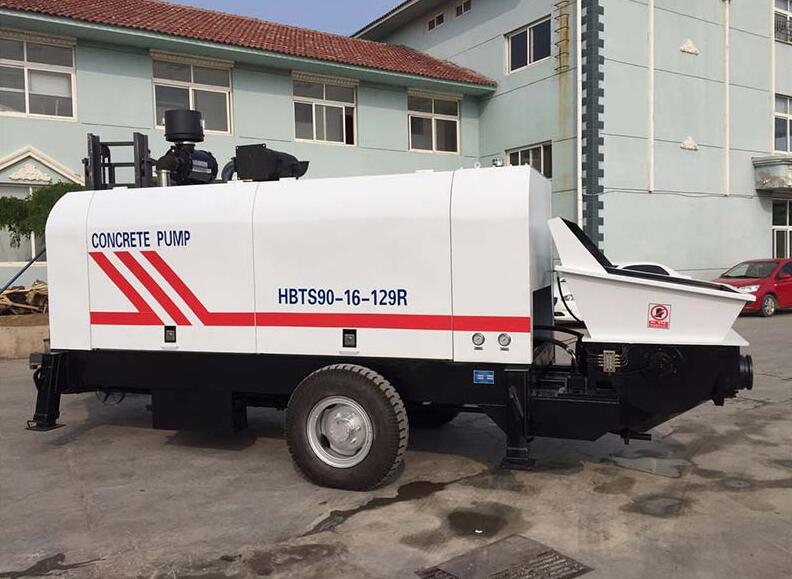 The influence of materials on the pumping performance of concrete

The coarse and fine aggregates in the concrete mix are not mobile, and their surfaces must be wrapped in cement paste and move with the movement of the cement paste.

In addition to the slurry, there are coarse and fine aggregates among the main components of pumped concrete, of which the aggregate accounts for the largest volume in the concrete. Aggregate gradation, particle shape, maximum particle size and water absorption properties will affect the pumping performance of concrete.

Aggregate grading concrete mix void ratio is small, in the case of the same amount of cementitious materials and admixtures, can improve pumping performance.

When pumping concrete in conventional buildings, the ratio of the maximum particle size of the aggregate to the inner diameter of the pipe is not greater than 1:3.

(3) The shape of aggregate particles

If the surface of aggregate particles is smooth, with few angles and low porosity, less slurry is required to fill the gap and wrap the particles, and the slurry can be added accordingly to thicken the lubrication layer. Pipe. As the thickness and thickness of the coating increases, the flowability of the mixture will also be enhanced, and the frictional resistance of the concrete will be reduced, thus further improving the pumping performance of concrete.

Aggregate needle plate shape has a greater impact on pumping performance, and its content should be strictly controlled.

The sand ratio is too small, there is less sand than stone, and the gaps between the stones are difficult to fill with sand. It needs to fill the extra gaps with slurry, which will reduce the amount of slurry wrapped around the surface of the aggregate, making the frictional resistance of the gaps between the aggregates increase, and also making the mixture less fluid.

(5) The water absorption of sand and gravel

Due to the existence of sunken pores on the surface of sand and gravel, unsaturated sand and gravel will make the water in the concrete seep into the cavity under the action of pumping pressure, affecting the pumping performance of concrete.

For sand and gravel with high water absorption, when preparing pumping concrete, it should be wetted so that the surface cavity is filled with water.

High-absorbent resin is an admixture that effectively reduces the pumping resistance of the mechanism sand concrete.

According to the mechanism sand's own characteristics of the design of concrete ratio, the need to adjust the sand ratio of the mix, a reasonable choice of mineral admixture type and amount, in order to prepare a better performance of the mechanism sand concrete. Performance.

The cementitious material buildup system is mixed with mineral admixtures that are finer than cement. These mineral admixtures will fill the voids between the cement particles, thereby reducing the amount of filler water that would otherwise be used to fill the voids. In some cases, the excess fill water will become surface water, which will increase the thickness of the water film.

As the specific surface area of the mineral admixture increases, more surface water is required to wrap the surface and the thickness of the water film is affected.

Water plays a key role in the success of pumping concrete mixtures, and the various materials in a concrete member can be bonded into a single unit by water.

Next: How to Use Reliable and Efficient Concrete Pump Trucks to Get Concrete to Those Hard-to-Reach Places?